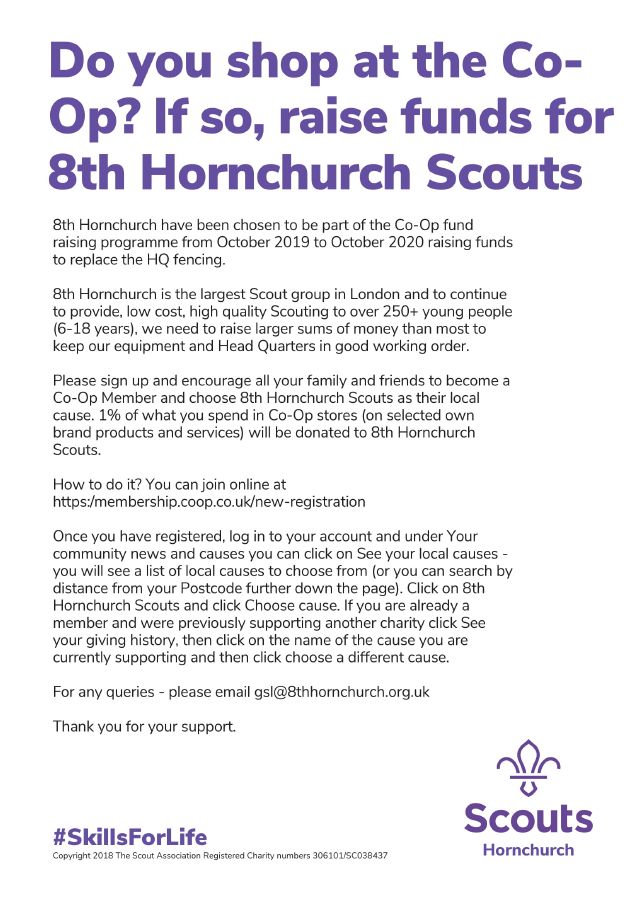 It was great to see so many Beavers, Cubs, Scouts, Young Leaders, (old) Leaders and parents celebrate Baden Powell’s birthday at 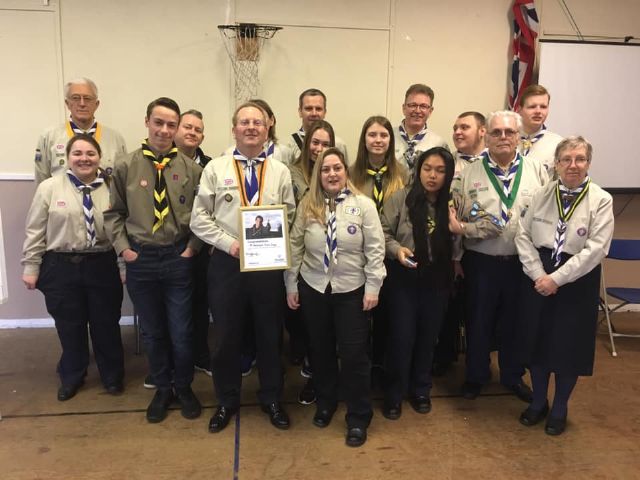 our recent annual Scouts Own. The weather beat us for the parade part but Cub Leader Jack gave us an excellent history of the 8th Hornchurch Scout Group and finished off with the ever popular quiz. We all learnt a lot more about the history of OUR Scout Group. It was great that we could finish the Service with a number of presentations to the victorious swimming gala team who between them won the Cub Trophy, won the Group Relay and won the Overall Cup – well done. We were also very pleased to welcome our District Commissioner, Debbie Carter, who presented the Group with a certificate signed by Bear Grylls celebrating the 8th as being the largest Scout Group out of some 620 Scout Groups in the London Region. Congratulations to all of the leaders, assistants and parent volunteers who give such great Scouting to all of our many members. If you want to get involved in the Scouting Adventure and join the fun please speak to your section leader or use the link on our website.

At the end of the Scouts Own we took a collection which raised £130 which has been donated to First Steps which is a charity for children with special needs and disabilities. More details at the attached link:

Thanks again to everyone for coming to our Scouts Own.

To all the Beavers, Cubs, Scouts, Explorers and leaders who took part in the recent Remembrance Day Parade, Thank You for your respectful presence at the centenary of Armistice Day.

This year was perhaps one of the biggest parades I have seen in Hornchurch and it was great that the Group was so well represented.

My thanks to Michael Henry (Scout) who laid the wreath with all due respect and to Adam Snell who paraded the Group colours.

On Saturday, we held our Harry Potter Quiz at HQ in memorial of Donna Bresslaw, who was sadly taken from us too soon just a 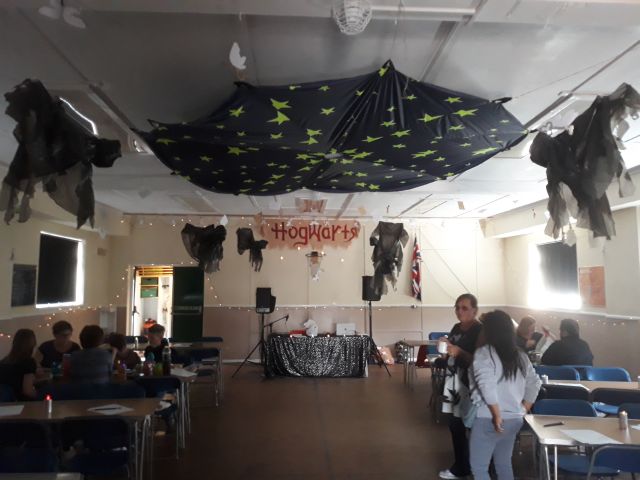 year ago. The quiz was to raise important funds for The British Heart Foundation and St Francis Hospice – charities chosen by Jack, Molly and Lucy (Donna’s children).

The afternoon started at 1pm with some outdoor games run by the Explorers and refreshments including Butterbeer! The quiz took place in the hall, which was wonderfully decorated by Essie Jay. The quiz included 10 rounds and a picture round all based on Harry Potter. Questions ranged from Harry himself to Hogwarts to Beasts, Potions, Spells, Quidditch and some of the other characters.

The winners were Honey Dew with 118 points and they took home the “Smarties” – see what we did there!

The losers were We don’t know who lived up to their name and took home the Lemons!

Everyone had a fabulous afternoon and we raised a massive £320 which will be split equally between both charities.

The Fundraising Committee would like to thank quizmaster, Mick, everyone for coming, those that donated prizes and/or time and the leaders for circulating the details of the quiz for us.

We look forward to the next event! 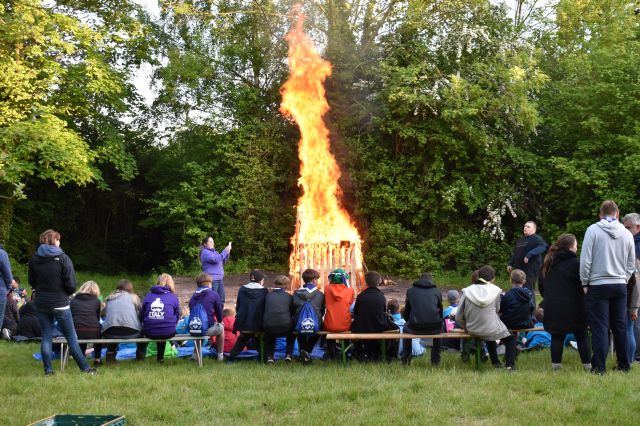 Dear leaders, parents and all of our members 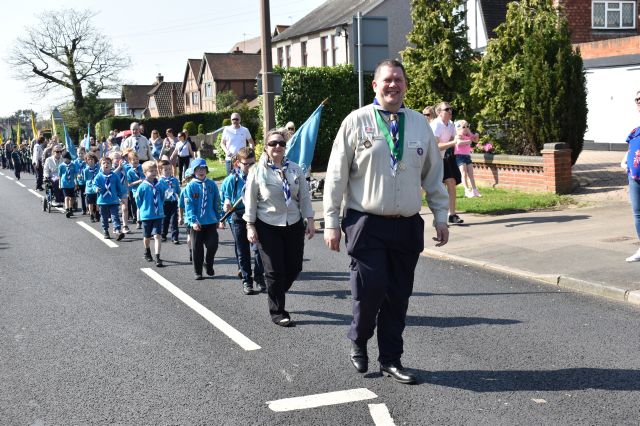 THANK YOU for such a great turn-out at the recent St. Georges Day Parade. As always it was an honour to be part of such a well-attended parade. And despite the exceptional April temperature everyone still looked very smart.

My thanks go to Stuart Brown who led the parade from an 8th Hornchurch perspective today and how fitting he did so on the day he was presented with his richly deserved Bar to the Medal of Merit. This award recognises the significant contribution Stuart makes to Scouting and I was very pleased to see him receive his award. CONGRATULATIONS to Stu.

Congratulations also to Nicky Gillett on receiving her 15 year Long Service Award – and still only looks 21!!

It was also great to see 8th Hornchurch so well represented within the various District roles. Aliyah carried the Union Flag with distinction at the head of the District Colour Party and two Scouts (Adam Grace and Harry Manning) were also part of the District Colour Party. By the looks of the scarfs I think we had one (if not two) of the Scouts who read the Scout Law and the Reflection Reading and they both read very well. If I have missed anyone else from the 8th who contributed to this morning’s Parade (or anything else which happened within the Beaver service) then my apologies.

Well done and thank you all for coming along this morning.

My sincere thanks to you all and your members for an excellent turn-out at our annual Group Scouts Own. The HQ were certainly packed and it was fabulous to see so many parents join us for the service. Please pass on my thanks to all of your members.

My special thanks to Jack, Aliyah, Lucy and Akela Bob who ran the Scouts Own and also talked to us all about the upcoming Gambia trip. The collection at the end of the service raised over £200 for Gambia which will make a huge difference.

During the service we were pleased to make a number of presentations as follows:

My congratulations to everyone who received an award at this year’s Scouts Own – the Awards reflect huge dedication, hard work and contribution to both the Group and the wider Hornchurch District – WELL DONE.